Skip to content
Date: 25 February 2017Author: Laura - My Out Of Office Blog 3 Comments

A long time ago, in a galaxy far far away ..

Naah, I’m just kidding! This post doesn’t take place in a far away galaxy, nor has it been a long time ago. Nope, this post refers to last month, where Disneyland celebrates the 40th anniversary of the movie premiering of the first Star Wars Movie: ‘A New Hope’. I visited with a couple of friends, to experience this temporary celebration to the fullest!

As for me, I’ve been a Star Wars fan ever since I was a kid. When I was 9 years old, my dad took me to the movie theater to see ‘The Phantom Menace’ – although this is the worst movie of the saga – and I’ve been a fan ever since! Can you imagine the excitement I felt for this season? 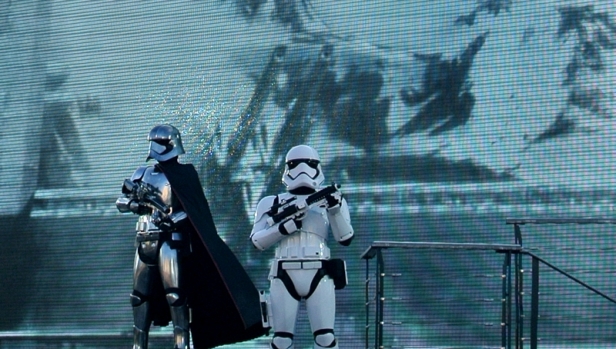 First, I have to be honest with you: the timing of Disney isn’t all that good. Star Tours is still undergoing a major refurbishment, and Space Mountain’s transformation into ‘Hyperspace Mountain’ will not be completed before september. I know, I know, it’s a money-issue-kind-of-thing, but still.. It’s sad to see all those Star Wars characters & shows, without ‘experiencing’ it for yourself.

But, on to the fun part: THE SEASON OF THE FORCE! YAY!  Each day, the new stage – located in the Walt Disney Studio’s – celebration ‘Star Wars: A Galaxy Far, Far Away’ takes place, bringing together an incredible roster of characters from both the ‘dark and ‘light’ side of the force. In between, the ‘First Order March’ sees Captain Phasma rule over the park with a procession of Stormtroopers. The latter also make sporadic visits throughout the day! 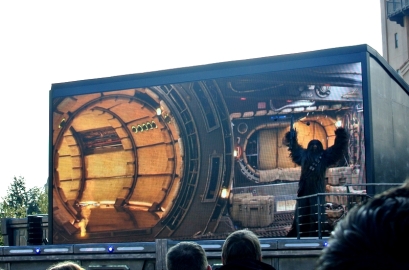 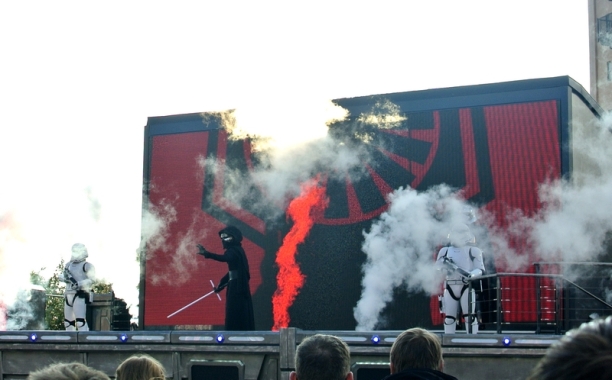 In the evening, ‘Star Wars: A Galactic Celebration’ features an epic battle and memorable moments from the legendary movies brought to life with projections, special effects and live characters, turning the Hollywood Tower Hotel into a projection surface for TIE fighters, Movie scenes and more. YOU. CAN’T. MISS. THIS. ONE. OUT!!!!!! 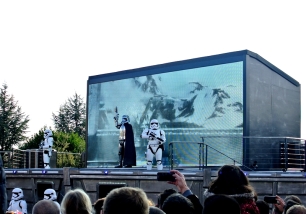 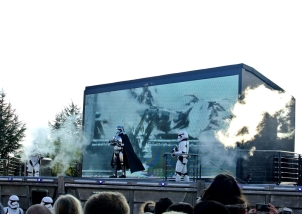 To be honest (again), if you’re planning on staying for the evening show, skip the afternoon ‘specialties’. The ‘First Order March’ is nothing in particular – except for Captain Phasma yelling some things to storm troopers, and you can’t see anything if you’re not in front of the line – and the ‘Star Wars: A Galaxy Far, Far Away’ features the same characters & screen-projections as the ‘Galactic Celebration’. A bit disappointing, but hey, the Galactic Celebration makes it all better! 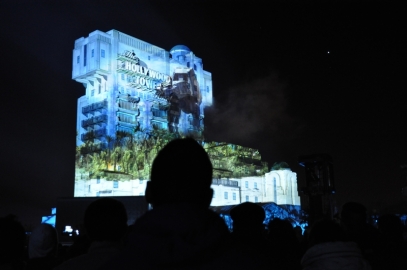 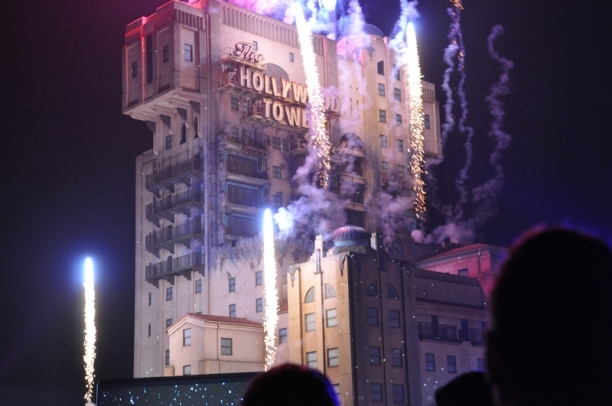 More about the Season of the Force:

3 thoughts on “The Season of The Force” 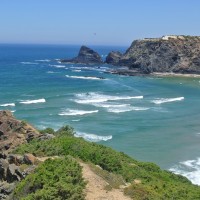 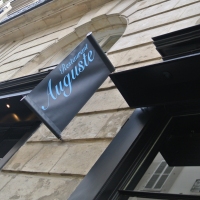