Skip to content
Date: 7 October 2017Author: Laura - My Out Of Office Blog 0 Comments

your appIf there is one thing that you learn from going to Disneyland a lot, it that preparation is everything. I already shared some ‘newbie’-tips with you guys in order to plan your trip, but how do you plan your visit to the park itself? And what about the when, where and what? I’ll tell you all about it in this post! 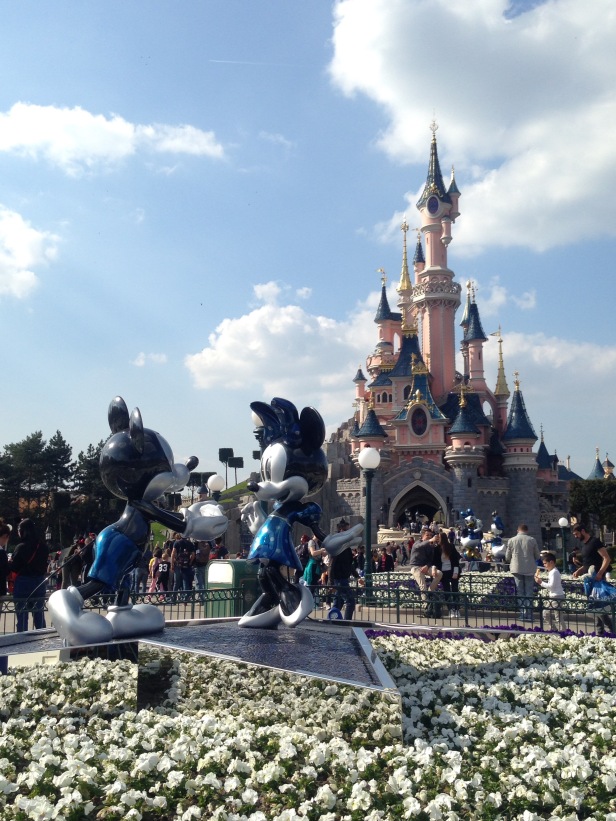 This all-time classic ride is one of the most popular of the whole Disney-park. A waiting time of +90 minutes is considered normal, and due to the fragility of the ride itself, it often breaks down during the middle of the day.. Very frustrating, especially if you are in the waiting line for over an hour. Been there, done that!

NEVER AGAIN! The first thing I do when entering the park, is getting my ass to the FastPass-ticketbooth in Frontierland and get myself – and my company – a FastPass for this runaway mine-train. After an hour or two, all tickets are gone, so please, don’t hesitate and make this your top priority when entering the park. You’ll thank me!

Another tip: go to big Thunder Mountain around 9 o’clock in the evening. Most people and families are out for dinner, and small children are taking a nap before watching the evening show which cuts back the waiting time to half an hour max. Nothing beats an evening ride on Big Thunder Mountain!

Indiana Jones & Pirates of The Caribbean

After getting your FastPass Ticket, it’s wise to go and explore some of the park. Don’t go off to far – I’ll get to that later – but head for Indiana Jones and the Temple of Peril instead, if your stomach is up for it. Waiting time in the morning? 5 minutes, 15 minutes max! It gets a lot more crowded during the afternoon, so take the opportunity when you can!

And while you’re in the area: visit Pirates of the Caribbean! This ride has a very big capacity from the moment it opens, so the earlier you arrive in the morning, the bigger the chance to hop in a boat without even waiting one minute.

NOTE: It’s a bit more crowded since it reopened in juli 2017, so I suggest you check waiting times on the app first.

Adventureland is well-known for its lesser-known character opportunities. Meet Balou and his friends from 11 o’clock in the morning next to the ‘Hakuna Matata’-restaurant (only 5 minute walk from the Indiana Jones Ride) and the characters from Aladdin in the Agrabah-bazaar. These characters don’t have a PhotoPass-photographer, so they are less popular to the big crowd. Also spotted regulary walking around Adventureland: Rafiki, Chip & Dale, Tigger and Pluto! 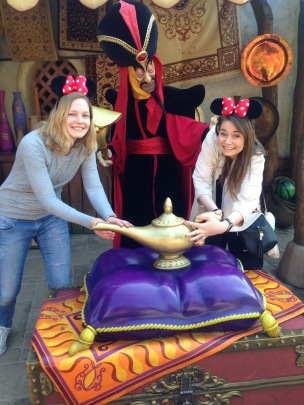 If you walk up to the Pirates of The Caribbean ride, you might come across Captain Hook & Jack Sparrow as well! And all of that excitement is possible before noon because lots of people with small children spend their morning in Fantasyland & Discoveryland.

First of all: get some rest! Enjoy a peaceful lunch at Agrabah Café or Fuente Del Oro, head back to your hotel to regain some strength or head back to Disney Village to get your head out of the crowds for a bit.

After you feel ready for another go, check your app regulary for up-to-date waiting times. In the early afternoon, a lot of people head out for lunch and small children take a little nap, so waiting times are traditionally cut down a bit. But yes, you’ll walk around a lot (from frontierland to discoveryland, back to frontierland to end up in fantasyland, .. ) in the afternoon. See why you needed to take some rest?

When you’re in Disneyland for the first time, I suggest you skip this one and enjoy the magic of ‘Stars on Parade’. BUT, if you’ve seen it before, or if you’re not into ‘magic’ (booooooo! What the hell are you doing in Disneyland anyways?) or big crowds: go hyperspace!

And with hyperspace I mean: enjoy Star Tours & Hyperspace Mountain. During parade hours, half of the park visitors concentrate in and around Main Street USA, leaving the more crowded areas like Discoveryland and its thrill rides almost deserted! An ideal moment to get your kicks on!

This is the most tricky part, as the weather is the main issue here. On a beautiful day, I would recommend eating as early as possible in a table-service restaurant (Walt’s, The Lucky Nugget, Rainforest Café, Inventions, .. ) as a lot of people will stay out and enjoy the weather after the parade. This gives you the opportunity to have a nice, quiet dinner without the crying of tired children around you. Table service is very fast as well at this hour, as they are preparing – a.k.a. getting you out of the restaurant as soon as possible – for the big crowds to come.

On rainier days, hit the buffet or sandwich-hotdog-bar as early as you can! It’ll be very crowded after the parade, so if you can eat during or just after the parade, this will be your chance! With a buffet, you don’t have to wait for your meal to arrive.

After you had dinner, all other park guests – or a big part of them – will return to their hotel, or go look for dinner (just check out Casey’s Corner in the evening .. WHUUUUT?) which leaves rides and rollercoasters a bit deserted. So if your stomach is up for it after dinner, go and have a ride in Star Tours, Big Thunder Mountain, Indiana Jones or Mad Hatter’s Tea Party. Waiting times are significantly lower around 7’o clock.

And believe me, Big Thunder Mountain by night .. Beautiful and awesome! 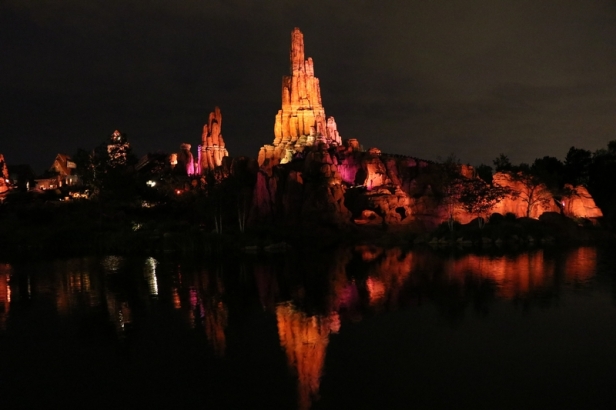 So, I hope you enjoyed these tips and ticks on how to get the most out of your day in the Main Disneyland Paris Park. Let me know if these worked out for you and if you want to, please share your “secrets” with us if you have any other additions!